GPUs and their uses

Did you know - GeForce 256 was marketed as "the world's first 'GPU', or Graphics Processing Unit", a term Nvidia defined at the time as "a single-chip processor with integrated transform, lighting, triangle setup/clipping, and rendering engines that is capable of processing a minimum of 10 million polygons per second." 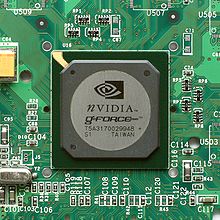 A GPU, or graphics processing unit, is used primarily for 3D applications. It is a single-chip processor that creates lighting effects and transforms objects every time a 3D scene is redrawn. These are mathematically-intensive tasks, which otherwise, would put quite a strain on the CPU.

Difference between CPU and GPU

The main difference between CPU and GPU architecture is that a CPU is designed to handle a wide-range of tasks quickly (as measured by CPU clock speed), but are limited in the concurrency of tasks that can be running. A GPU is designed to quickly ender high-resolution images and video concurrently.

Because GPUs can perform parallel operations on multiple sets of data, they are also commonly used for non-graphical tasks such as machine learning and scientific computation. Designed with thousands of processor cores running simultaneously, GPUs enable massive parallelism where each core is focused on making efficient calculations.