You're really excited about your first job! You have to create a logo for a company (it will be used on all its documentation and advertising) and also take a few pictures for the company website. What type of graphics are you dealing with? This unit helps you get to grips with the key terms and types of digital graphics that you need to know about.

Bitmap (or raster) images are stored as a series of tiny dots called pixels. Each pixel is actually a very small square that is assigned a color, and then arranged in a pattern to form the image. When you zoom in on a bitmap image you can see the individual pixels that make up that image. 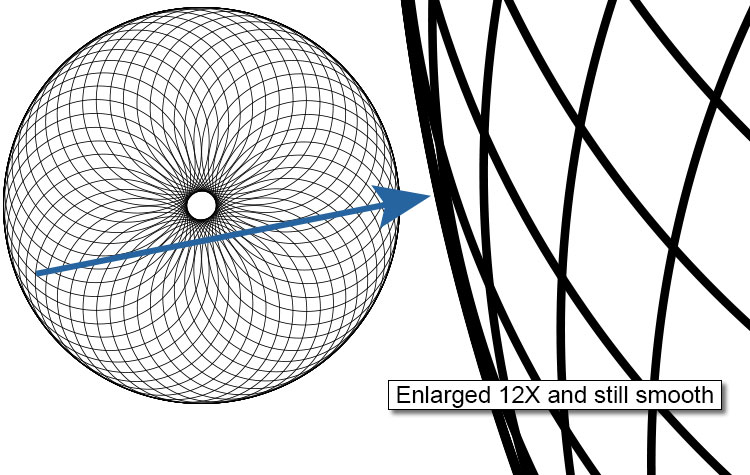 Vector images are also more scalable than bitmap images. When a bitmap image is scaled up you begin to see the individual pixels that make up the image. This is most noticeable in the edges of the image. There are ways of making these jagged edges less noticeable but this often results in making the image blurry as well. When a vector image is scaled up, the image is redrawn using the mathematical formula, so the resulting image is just as smooth as the original.