Artificial intelligence (AI) refers to the simulation of human intelligence in machines that are programmed to think like humans and mimic their actions. The term may also be applied to any machine that exhibits traits associated with a human mind such as learning and problem-solving 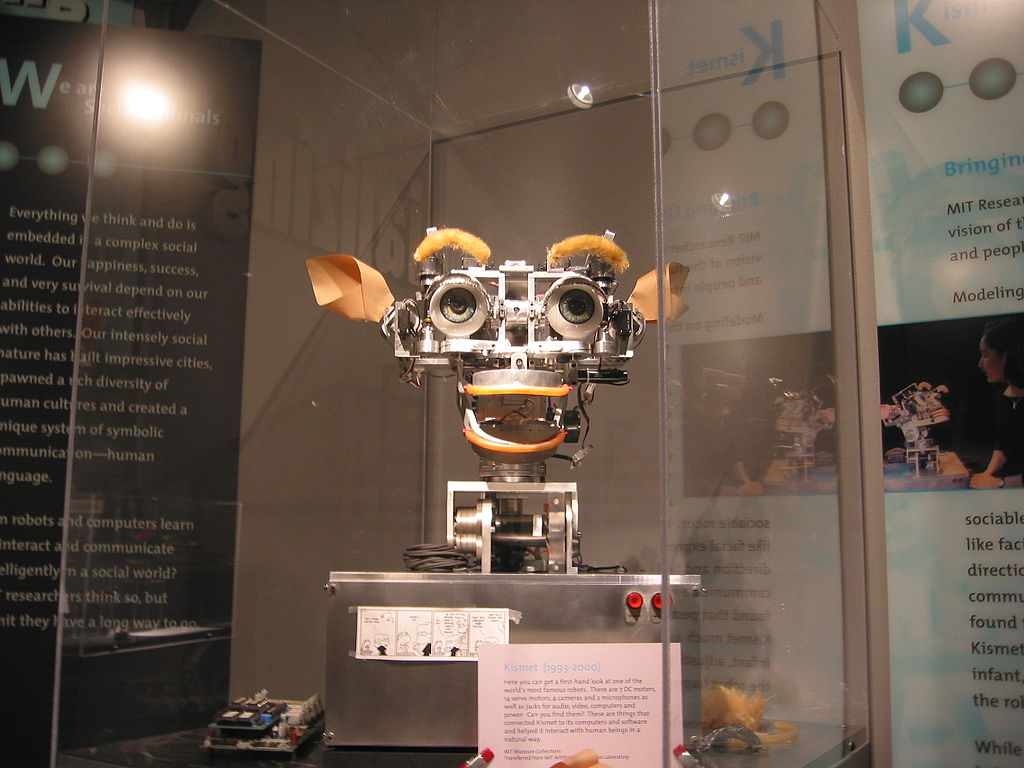 Meet Kismet (above) -  a robot with rudimentary social skills

AI is being developed in the following areas:

-1- Game Playing Computers developed to play games against human players.For example: In 1997 a computer named 'Deep-Blue' defeated a world champion in the game of chess.

-2- Expert Systems These are computers that have been programmed to make decisions based on information they are given.For example: Medical expert systems can diagnose patient's illnesses based on symptoms entered.

-3- Languages This type of AI involves computers that can understand different human languages as they are spoken to them.

-4- Robotics Robotic artificial intelligence is where machines are programmed to imitate a human.