The advent of digital sound recording and later the compact disc (CD) in 1982 brought significant improvements in the durability of consumer recordings. The CD initiated another massive wave of change in the consumer music industry, with vinyl records effectively relegated to a small niche market by the mid-1990s.

However, the record industry fiercely resisted the introduction of digital systems, fearing wholesale piracy on a medium able to produce perfect copies of original released recordings. 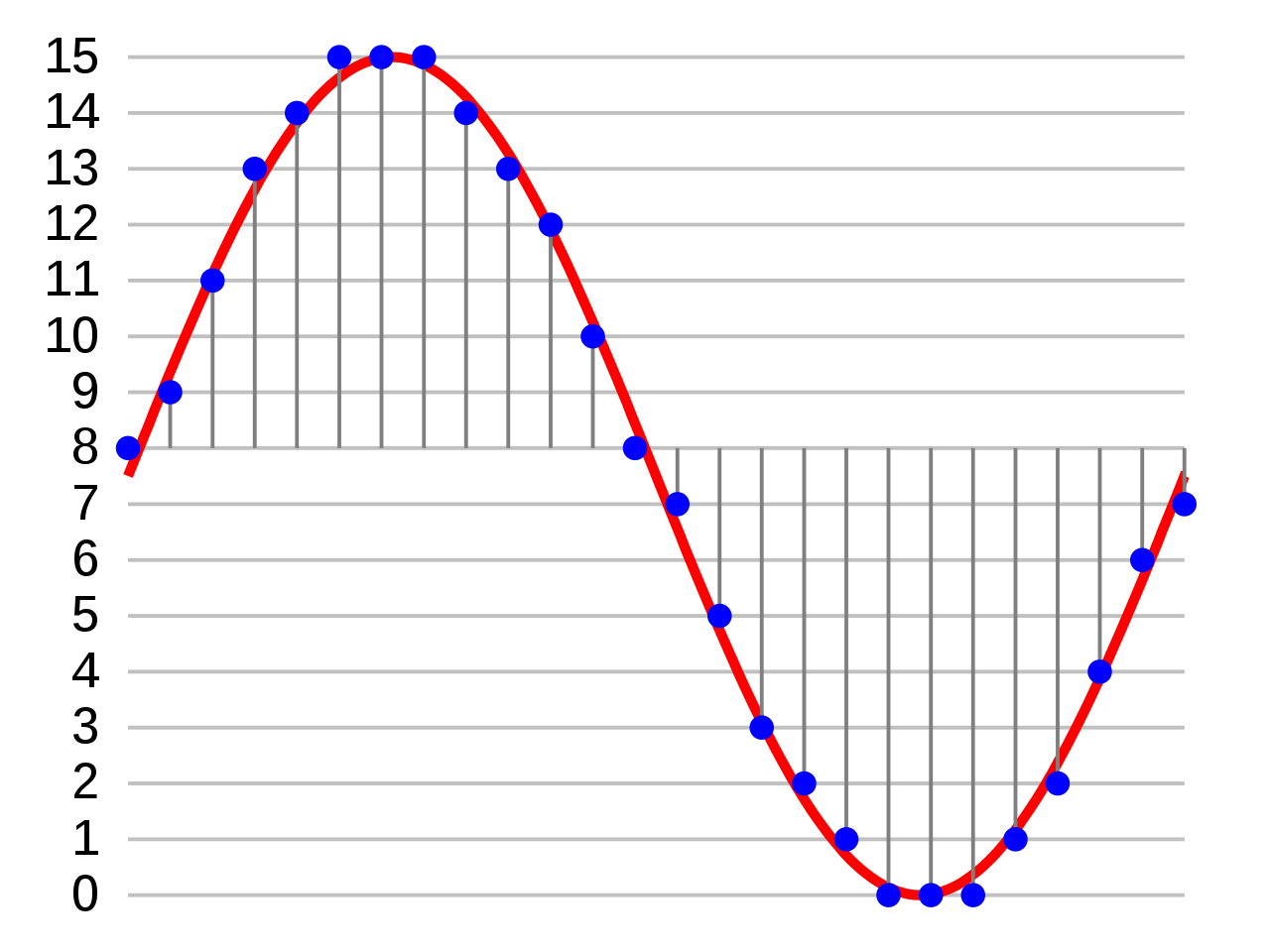 Sound needs to be converted into binary for computers to be able to process it. To do this, sound is captured - usually by a microphone - and then converted into a digital signal. An analogue to digital converter will sample a sound wave at regular time intervals. For example, a sound wave like this can be sampled at each time sample point: