A DoS attack is a malicious and deliberate attempt to prevent legitimate users of a network from being able to access a website (server or connected systems). Often, a classic DoS attack will come from a single computer sending multiple requests to the server. Denial of service attacks usually aim to overload servers or systems with requests for data or access to resources like the processor or main memory.

Numerous websites offering tools to conduct a DDoS attack were seized by the FBI under the Computer Fraud and Abuse Act.(see image below) 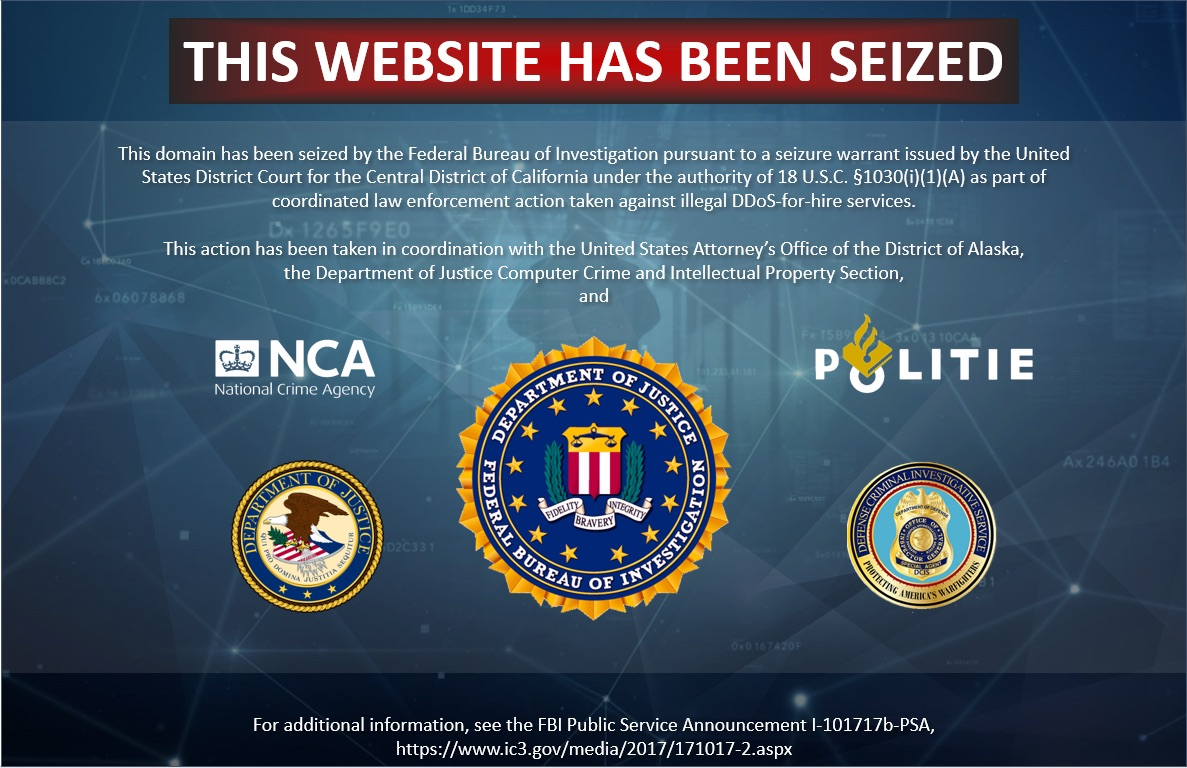